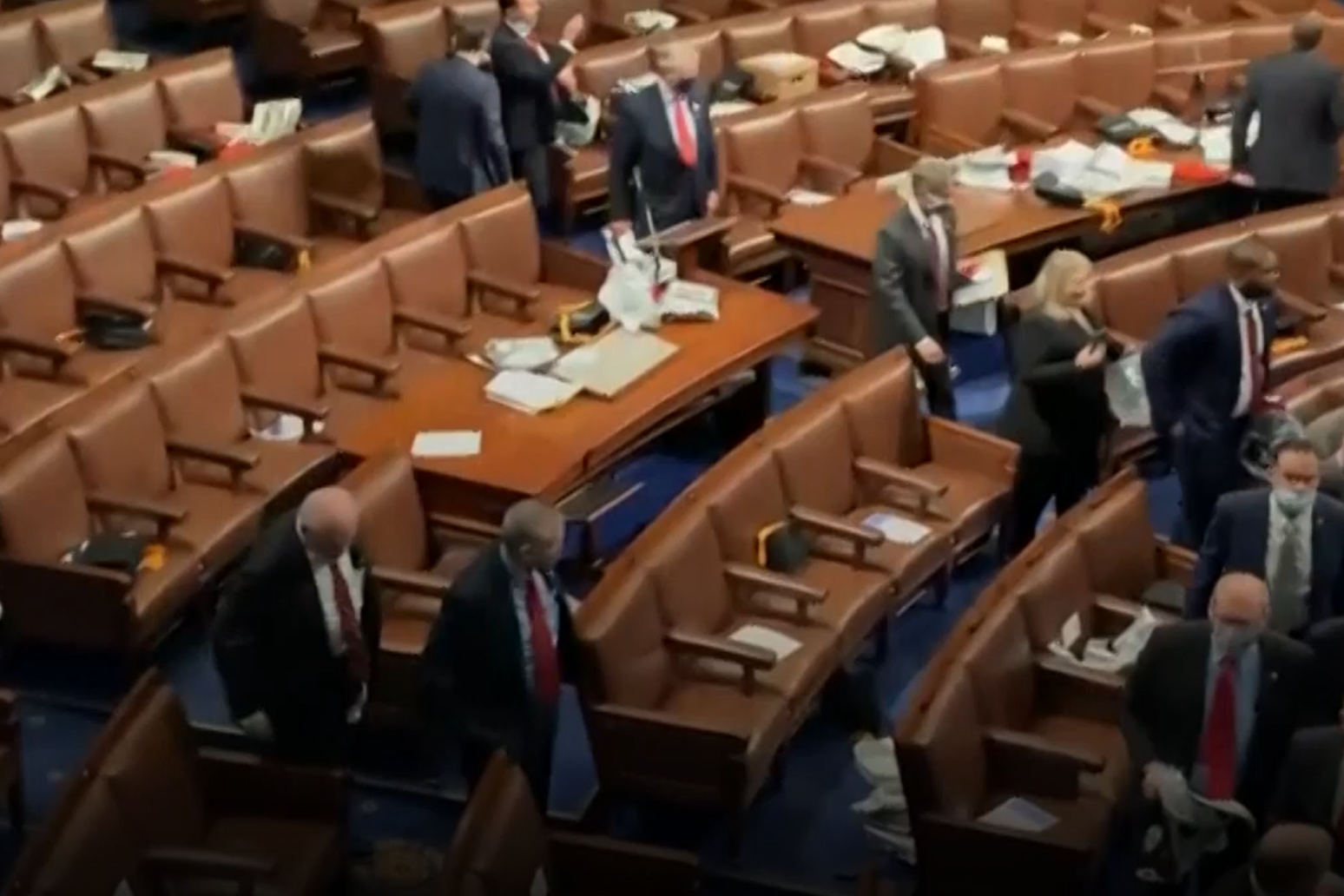 The Senate has resumed debating the Republican challenge against Democrat Joe Biden’s presidential election victory, more than six hours after pro-Trump mobs attacked the Capitol and forced lawmakers to flee. Scores of Republican representatives and 13 GOP senators had planned to object on Wednesday to the electoral votes of perhaps six states that backed Mr Biden.

President Donald Trump has falsely insisted that the election was marred by fraud and that he actually won.

He reiterated those claims in remarks to thousands of protesters outside the White House early on Wednesday and goaded them to march to the Capitol, which many of them did.

The mayhem had forced the House and Senate to abruptly end the day’s debates and flee to safety under the protection of police. And it prompted bipartisan outrage as many lawmakers blamed Mr Trump for fostering the violence.

As the Senate reconvened, Senate Democratic leader Chuck Schumer said President Donald Trump “bears a great deal of the blame” for the actions of the mob, adding the events “did not happen spontaneously”.

Mr Schumer also said January 6, 2021, will “live forever in infamy” and will be a stain on the democracy.

House speaker Nancy Pelosi said Congress’ certification of President-elect Joe Biden’s election win will show the world it will not back down.

She said: “Despite the shameful actions of today … we will be part of a history that shows the world what America is made of.”

Multiple Republican senators have reversed course and now say they will not object to congressional certification of President-elect Joe Biden’s victory.

Senators Steve Daines of Montana, Mike Braun of Indiana and Kelly Loeffler of Georgia all said in light of the violence they would stand down from planned objections to Mr Biden’s win.

Ms Loeffler said that the “violence, the lawlessness, and siege of the halls of Congress” were a “direct attack” on the “sanctity of the American democratic process”.

All three had previously signed on to Mr Trump’s false claims of widespread voter fraud to explain his defeat.

Both the Senate and the House voted overwhelmingly to reject an objection to Mr Biden’s win in Arizona.

Other objections to results from Georgia, Michigan and Nevada fizzled without adequate support from senators.

An objection to Pennsylvania backed by Republican senators Josh Hawley and Scott Perry forced deliberations, though senators quickly derailed the attempt to overturn the state’s support for the Democrat.

Travellers must test negative for Covid to enter England and Scotland

For all feedback please email feedback@shiresounds.co.uk

Shire Sounds Radio is committed to safeguarding and promoting the welfare of children and young persons and we expect all staff, volunteers & visitors to share this commitment.

A full copy of our safeguarding & child protection policies are available on request by emailing management@shiresounds.co.uk